One of the biggest questions in real estate right now is whether the market will continue to see rising prices. Many areas, including San Diego county, have seen price spikes over the last 6 months or so, anywhere from 10% to over 20%, depending on the neighborhood. We know that one of the main reasons for this is the lack of inventory combined with the time of year and low interest rates…but what will happen if those rates go up and as we head into Fall and Winter? 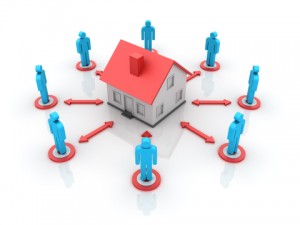 Inventory: Inventory will continue to play a big part in the market recovery, as well as help determine whether prices will continue to rise and the response thereto. It is a unique time right now because it is summer – the time when many buyers think of purchasing, and sellers think of selling. The demand is still very high in North San Diego, and I have agents calling me long after I close listings, asking if I have any others coming up in the neighborhood – AND if I have listings coming up in other places, so there are still buyers out there looking, with little to choose from.

There are several schools of thought as to what will happen to inventory levels moving forward, and how this might effect the market. As I always say, this will be determined by the specific market area, but as long as inventory remains low and there is a demand for properties I do not suspect we will see a drastic slow down in price increases; however I do think that as we coast through the remainder of the summer we will likely start to notice a leveling off, due to the factors below.

Interest Rates. If you have looked at the news lately you have seen that interest rates have risen in the last month, several times, and are expected to continue to do so. Some people fear that it will be the end of the housing recovery if they do in fact rise substantially, but as long as there is demand – and there still seems to be a great deal of it in San Diego – I do not think we will see a big drop in sales despite rising rates…after all, if you look at the rates from a historical perspective slight rises will still be considered low interest rates!

Interest rate effect on new inventory. One interesting thing to ponder is what effect rising interest rates will have on would-be sellers: those who have been thinking of selling but have been waiting (most for prices to continue to rise, many who are underwater and are waiting for the break-even point so they can get out from under there hefty mortgages). If we continue to see a spike in interest rates it is possible we may see a surge of inventory hit the market, created by a fear that buyers will no longer choose to purchase should the rates spike. This could be positive news for local markets, as the supply would be welcomed and met by the demand.

Another idea to consider is that those who have been searching for homes, getting outbid and frustrated with not finding homes, may decide to sit back should rates rise; the more probable scenario is that these buyers will want to jump into a purchase even quicker, and may step up their searches and even increase their range and criteria, in order to get into a home before the rates go up even more. It will be interesting to see the effect this has on the market, but I do not think it will be negative, at least not right away. 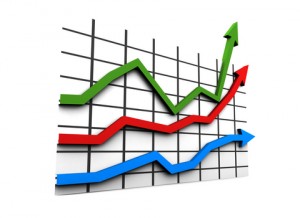 istressed inventory. Over the years distressed and bank owned inventory has had an effect on home prices, playing a big role in gains. However, these sales have decreased in the last year, with REO (bank owned) sales decreasing by more than half. Radar Logic reports that from February of last year to April this year, REO sales declined from 26 percent of all home sales to 11 percent. This causes prices to increase more quickly than normal. If we see a return of these types of properties it could have an effect on prices, but I do not believe such would cause prices to go down, rather I think we would see a slower gain period moving forward.

Call it what you will, but a rise in interest rates could be a boost to local markets, at least those that have been climbing out of the doldrums of the crash and appear to be healthy and competitive. If you are thinking of buying or selling, this could just be the perfect time to do so, especially if you are now able to get out of an underwater loan and break even. Remember, after the market crashed many kept waiting for prices to “hit the bottom;” some people waited too long and missed out on purchasing property at the lowest levels. I do not believe prices will drop in San Diego, but rather I forsee a stabilization, combined with a “normal” annual rate of growth moving forward starting in 2014.

If you are interested in a detailed market analysis of your or other San Diego neighborhoods, please let me know.