Many blogs and articles have alluded to the idea of a pending housing bubble, and some people even seem to be nervous. This kind of talk is always prevalent after a strong sales season, but how do we know how much credibility to give these claims, and could we be facing a housing bubble any time in the near future? 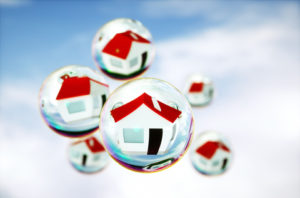 The answer in my opinion is a loud NO. In the July pending home sales index the National Association of Realtors (NAR) revealed that pending home sales are now at the highest level since 2006 (the highest month was April 2016). But wait, you may say, it was not long last time between the strong sales season to when the market actually crashed. However, there are some differences between the last housing bubble and our current economic situation.

Here are some reasons why the housing market won’t likely crash,Â  nor any bubbles form in the near future:

1. Mortgage applications are up. While purchase activity dipped in August, there has been an increase in the last few weeks and the MBA reports a 1% rise in the last week alone. With rates still low many homebuyers are jumping off the fence.

2. Consumer credit is strong. Credit servicing continues to strengthen and Fannie Mae reports that the single family home delinquency rate continues to decline. Those home borrowers who are either 3 months or more behind in payments, or who are actively in foreclosure, hasÂ  dropped, with a total fall of close to 25% in the last year – resulting in the lowest level since 2008.

3. Mortgage availability has increased, according to the MBA. But credit is not as loose as before the last crash, when many people were given loans without being able to afford them.

4. Inventory is down/little or no new building – many active homes are now in escrow and with scarce inventory the chance of a bubble forming is slim to none. Unlike in 2007/2008, there is very little or no new home construction in most areas. As prices have risen many buyers have been priced out of markets. Eventually buyers will give up in many areas and prices will then be driven down. Population is growing in many areas, like here in San Diego County, faster than housing supply – this means that there is not likely a chance of a bubble.