You have heard the term “shadow inventory.” It was initially coined to refer to the housing inventory that lenders owned, post-foreclosure, but had not yet placed on the market for sale. It has been feared for years and is the subject of much speculation – how much are those lenders really holding back? Since the inception of the term years back, it has been used broadly, as has included inventory that has not yet gone into foreclosure but may. The media has blown the term out of proportion, and the average American thinks it is something to really worry about…but it is NOT. 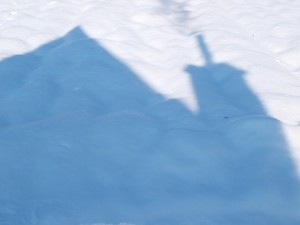 The tides of the real estate market have really turned in the past year. Lenders have created their own programs, along with federal and state programs, that have actually kept the foreclosure numbers down. Lenders are accepting more short sales and moving forward with less foreclosures, precisely because the lenders do not want to sit on inventory that they have to rehabilitate and sell. They are in the business of lending money, not selling homes.

I’ll put it another way: lenders do not want distressed inventory. In fact, Alex Charfen, founder and CEO of the Charfen Institute and regular commentator for MSNBC and Fox News, agrees that shadow inventory does not exist. He points to the actual bank holdings (which he has seen), and bases this assumption on actual communication with those at the highest levels within the lending institutions. He states flat out that “banks are not holding properties off the market.”

The bottom line is that “shadow inventory” is not a concern. In fact, if you want to be afraid of something real estate related, chew on this:

– It is less expensive to purchase a home then to rent. The last time in history that such was the case was in 1973.

– Housing is more affordable than it has ever been…BUT inventory is very low. Statistics say that inventory will take 3-5 years to shift. In that time, it is safe to say that interest rates will likely rise.

– Standards of getting a loan, while offering more protection for buyers than ever before, have shifted and it is now harder to qualify for a loan.

– Meanwhile, due to the lack of inventory and the greater demand in the housing market, prices continue to rise and competition is fierce – cash investors purchased 30% of homes in 2011 (and that number will likely be higher for 2012).

If you have been considering buying a home, now is the time. I don’t say this because I want to sell more homes, but because it is simply the truth. Many people waited back in 2006/2007 to sell – they saw prices rising like crazy and thought they would wait until they got just a tad higher, so they they could sell and reap bigger profits. Many of those people went into foreclosure or had to short sell their homes after the market plummeted. Don’t get left in the cold.