There has been plenty of recent housing news that could effect the value of your home, so here are some of the latest updates:

Bill to allow visas to foreign home buyers. Congress is considering a bill that would allow foreign homebuyers to purchase residential property in the U.S., in an effort to stimulate the housing market. Buyers would need to spend at least $500,000 to obtain the visas, and would be allowed to split the money and purchase more than one home, as long as one property was at least $250,000. The buyers resident visa would be in place for as long as the buyer owned the home, and the buyers will have to live in their U.S. home for at least six months out of the year. 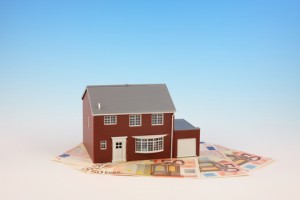 Mortgage rates may be lowered. The Federal Reserve is considering lowering the mortgage rates again, as the current low rates do not seem to be stimulating housing and the economy. They plan to purchase more mortgage backed securities, with the goal that banks will be able to help homeowners with refinancing and stimulate purchasing, without causing inflation. Since most of the problems with refinancing involve problems with fees or restrictions, will this really help? This could create more mortgage rate risk for the Fed, and realistically how many people will it help? It certainly won’t do anything for the millions of underwater homeowners. It seems to me this is digging a deeper grave, but I am not a mortgage expert so I will leave this to those who are, but my gut feeling says this is not the best solution.

Next generation of homeowners have little confidence in housing. A new study released by Federal Reserve Bank of Boston has found that the younger generation is less willing to purchase homes. Older respondents seemed to be more confident about homeownership after large declines, while younger participants felt opposite. Older respondents saw the drop in the market as cyclical, with the expectation of recovery, whereas their younger peers view the current situation as more permanent. Could this have an effect on housing in the long term? 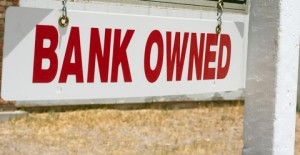 Study says bank owned property sales may not peak until 2013. The latest study claims that we will see a lot more foreclosures, and therefore many more bank owned homes, until 2013. Bank of America Merrill Lynch analysts claim that although we will not see price drops as steep as those of 2008, we could see a 10% increase in these REO (bank-owned) properties from 2012 to 2013.Â  For more details of the study click here.

State court voids home sale…could this happen across the country? A Massachusetts state court recently ruled that a home recently sold post-foreclosure was improperly sold, as the lender did not hold the title. The sale was found to be void. So what happens to the new owners? Certainly there will be a big lawsuit against the title companies. But if this becomes the standard who is going to want to purchase a post-foreclosure home? Home buyers rely on title companies to convey clear title…so isn’t this punishing the purchasers and not just the bank? After all, if the title company certifies title is clear and escrow closes, how would a homeowner have any reason to know that there wasÂ  a problem with the title? I’m not even going to speculate as to how badly this would fare for housing and the economy in general.

HUD homes for only $100 down: In the spirit of stimulating housing purchases, HUD has decided to offer buyers the chance to purchase a HUD REO (lender owned home) forÂ  only $100 down…yes, you read that right, one hundred dollars. Of course there are restrictions: the home must be a HUD home (a home that is the result of a foreclosure on a FHA home loan), the sale must be for list price, FHA guidelines apply (you have to qualify for a loan), and the state of your purchase must be one that is listed. To find out more search the internet for HUD’s $100 downpayment program orvisit their site.