Recent studies indicate that foreclosure filings are down across the nation, but what does that really mean?

Several theories have been discussed in the media about what will happen next. One is that things are improving, albeit slowly, and lenders are embracing foreclosure prevention measures (like loan modifications and short sales) more heartily. The other is that we are witnessing the calm before another storm of foreclosures. 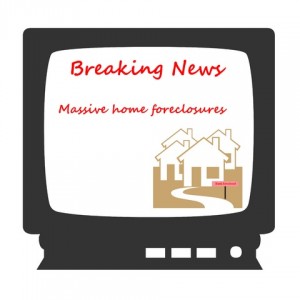 Some lenders, such as Wells Fargo, are taking taking steps toward strengthening home ownership and preventing foreclosures. Wells just announced that it will no longer provide reverse mortgages for elderly homeowners. The lender is also working with the U.S. Mayors council to help homeowners stay in their homes. These proactive solutions will have an effect on the future of home ownership, and hopefully more lenders will follow the example.

Judging from published numbers (RealtyTrac reports foreclosures were down in May 20% from the same time last year) it appears the worst is behind us. But there is still a lot of shadow inventory out there – homes owned by lenders post-foreclosure that have not yet been listed on the market for sale. This inventory will keep housing prices down until it is all sold; if home values go down there will likely be more homeowners underwater, which could lead to more foreclosures – a vicious cycle. The job market will also play into the equation.

Focusing on the big picture I do not believe we will see another foreclosure storm the likes of what we have witnessed in the last several years, and I think improvement is ahead but we will have some hurdles first with shadow inventory and the job market. We do need to focus on selling the distressed properties so that we can start climbing back toward a more normal and stable housing market.